September 22, or the 6th of the eighth month of Chinese lunar calendar, marks Qiufen (Autumn Equinox), the 16th solar term of this year. The sun is directly above equator, resulting in an equal division of day and night, no polar day or polar night around the globe.

In ancient times, sacrifices were offered to the sun on Chunfen (Spring Equinox) and to the moon on Qiufen (Autumn Equinox). Qiufen was originally the traditional festival to offer sacrifices to the moon, which was changed to the Mid-autumn day (15th of the eighth month of Chinese lunar calendar) when the moon is full. Emperors of the Ming and Qing dynasties held sacrificial ceremonies at the Temple of the Moon in Beijing.

The Temple of the Moon / www.trip.com 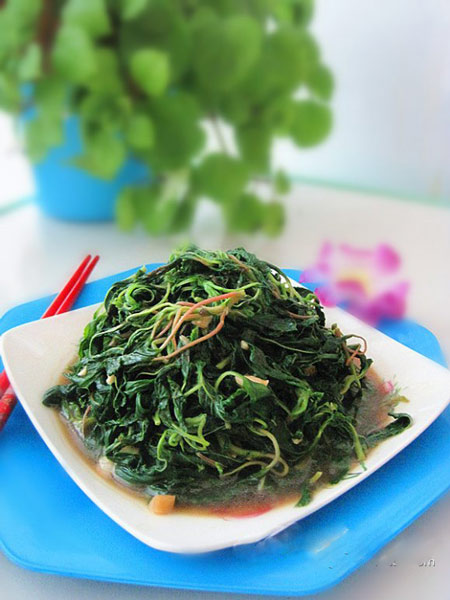 On the Spring Equinox and Autumn Equinox, the day and night are of equal time both in the southern and northern hemispheres. The earth’s axis, on its 66.5-degree tilt, is in a relative balance of power with the earth’s orbit around the sun. Thus, it is a very conducive time for standing eggs on end. The game is also a way to show people’s respect and reverence for life and fertility. 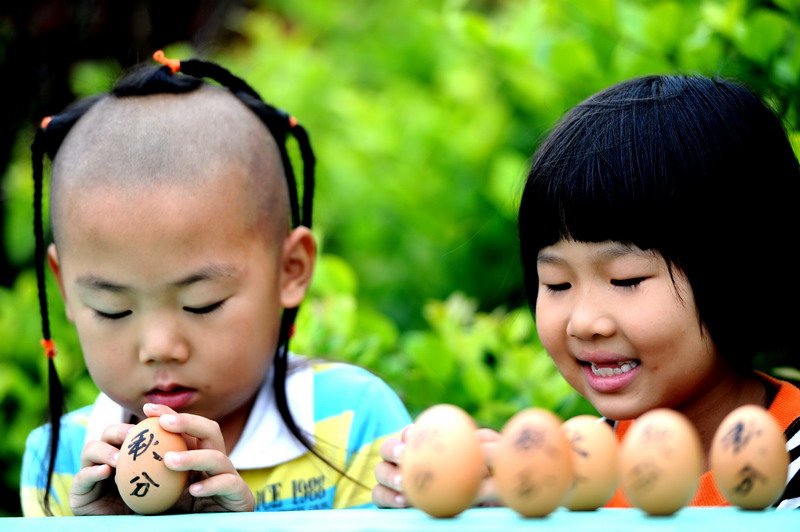 It’s been halfway through autumn into the most beautiful season. The white cotton bolls and ringing camel bells at Dunhuang, a major connection point on the Silk Road, are part of the most vivid landscape in the desert.

Dunhuang, the pearl of the Silk Road, is located at the westernmost end of Hexi Corridor, where Mingsha Mountain’s steep dunes (Echoing-sand Mountain) reach up to the sky and Crescent Lake never dries. 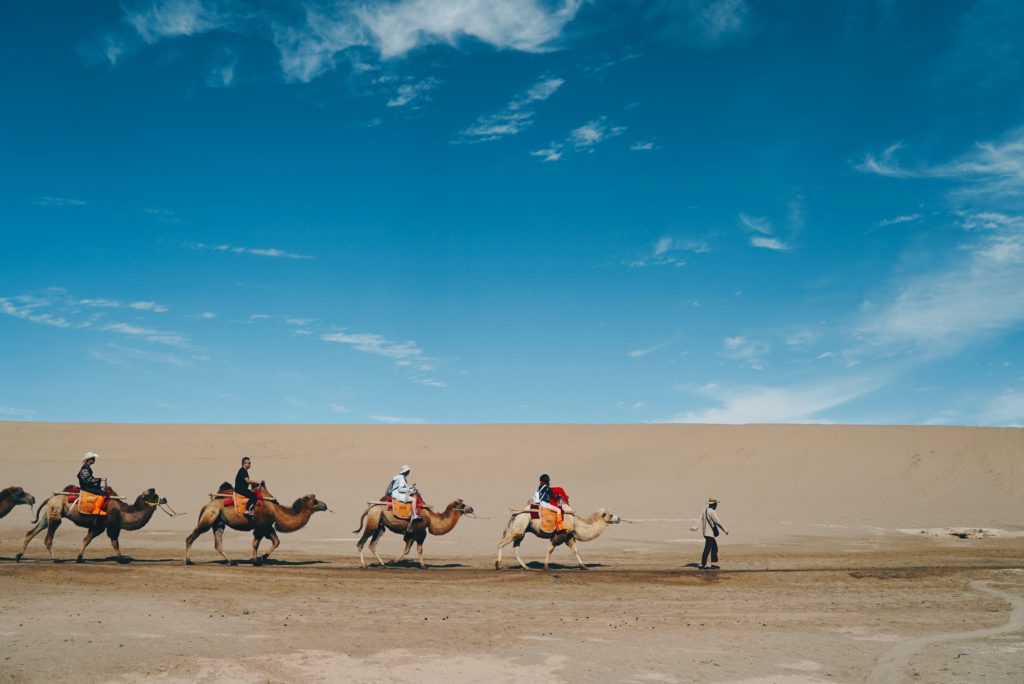 Video provided by Gansu Provincial Department of Culture and Tourism

“West of the Sunny Pass no more friends will be seen;
Beyond the Pass of Jade no vernal wind will blow”.
The Sunny Pass (Yangguan) and Pass of Jade (Yumenguan) depicted in numerous poems, have been guarding the Western Regions in the south and the north respectively for thousands of years since the Han dynasty as silent witnesses in the vast Gobi desert.

Carved into the cliffs on the west bank of Dangquan River to the east of Mingsha Mountain,the Mogao Caves south-east of the Dunhuang oasis, Gansu province, comprise thelargest, most richly endowed, and longest used treasure house of Buddhist artin the world. The 45,000 square meters of murals and over 2,000painted sculptures in 492 out of 735 caves are telling Buddhist doctrineand stories with various art styles of the dynasties ever sinceits establishment in the Former Qin dynasty (351-395). It was inscribed on UNESCO’s World Heritage List in 1987.

Inspired by a Dunhuang mural, “Silk Road, Flower Rain”is a Chinese classic dance drama featuring a touching story on the ancient SilkRoad that portrays family separation and reunion, strong friendship whichsurvives a life-and-death struggle and hardship surrounding a kind daughter,her father, and a foreign businessman they try to save. The performancepresents the colorful mural on stage with distinctive artistic style, and vividlyrecreates through arts the former glory of Gansu in terms of its profoundDunhuang culture and prosperous Silk Road.

The interaction and fusion of Western and Eastern civilizations shape the unique Dunhuang culture and Dunhuang cuisine. Donkey meat noodles, beef and lamb soup, grilled whole sheep, haggis soup, niangpi (steamed cold  noodles) and fried cake,etc. – both the common dishes and special snacks are enjoyed by people in every moment of day or night and they enrich the city atmosphere. In the evening, browsing the local restaurants, you can enjoy a delicious but affordable dinner with your friends, or you can have a great time together enjoying the delightful street food. As the saying goes, a nice meal will comfort and refresh the adventurous traveler, so let’s eat from the delicious local food to strengthen our mind and body.

Donkey meat noodles and others
Beef and lamb soup