Xinjiang Uyghur Autonomous Region of China is located in the northwest of China and the interior of Eurasia. The Silk Road connected ancient China with the world, making it a place of coexistence and exchange among various civilizations. Xinjiang has long been a multi-ethnic area and has officially become a part of China since the Han dynasty. Today, it is the home of all 56 Chinese ethnic groups.

The landform of Xinjiang can be summarized as ”three mountains segmenting two basins”; from the north to the south, there lie the Altai Mountains, Tianshan Mountains and Kunlun Mountains. To the north of the Tianshan Mountains is Junggar Basin, and to the south is Tarim Basin, in which Taklimakan Desert is China’s largest and world’s second largest shifting sand desert. To the east of the Tianshan Mountains, Turpan Depression marks the lowest point of China – 154.31 meters below sea level; to the west is Ili Valley, where the scenery is as charming as that of the lush south bank of the lower reaches of the Yangtze River. 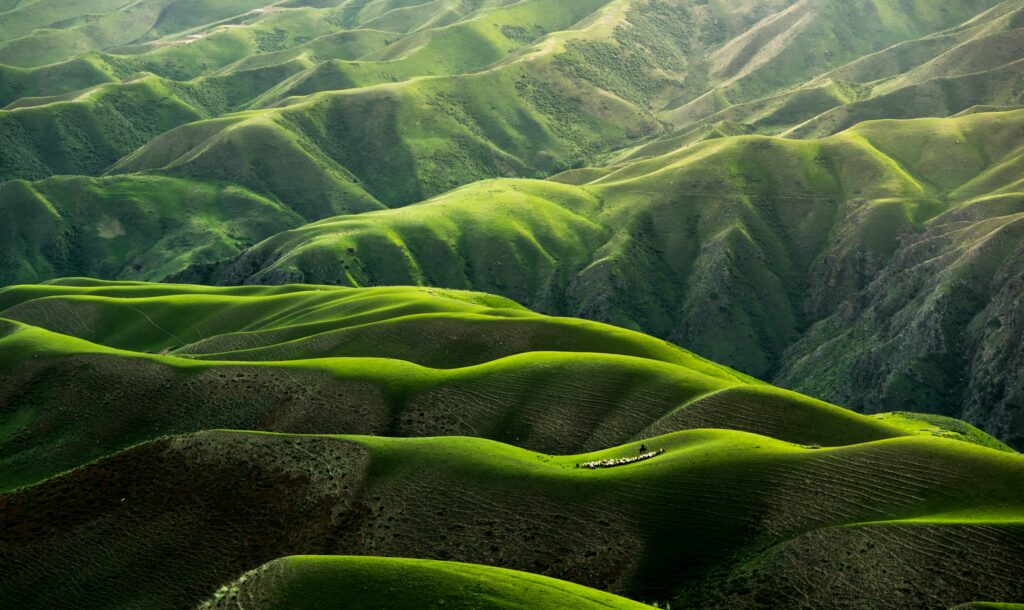 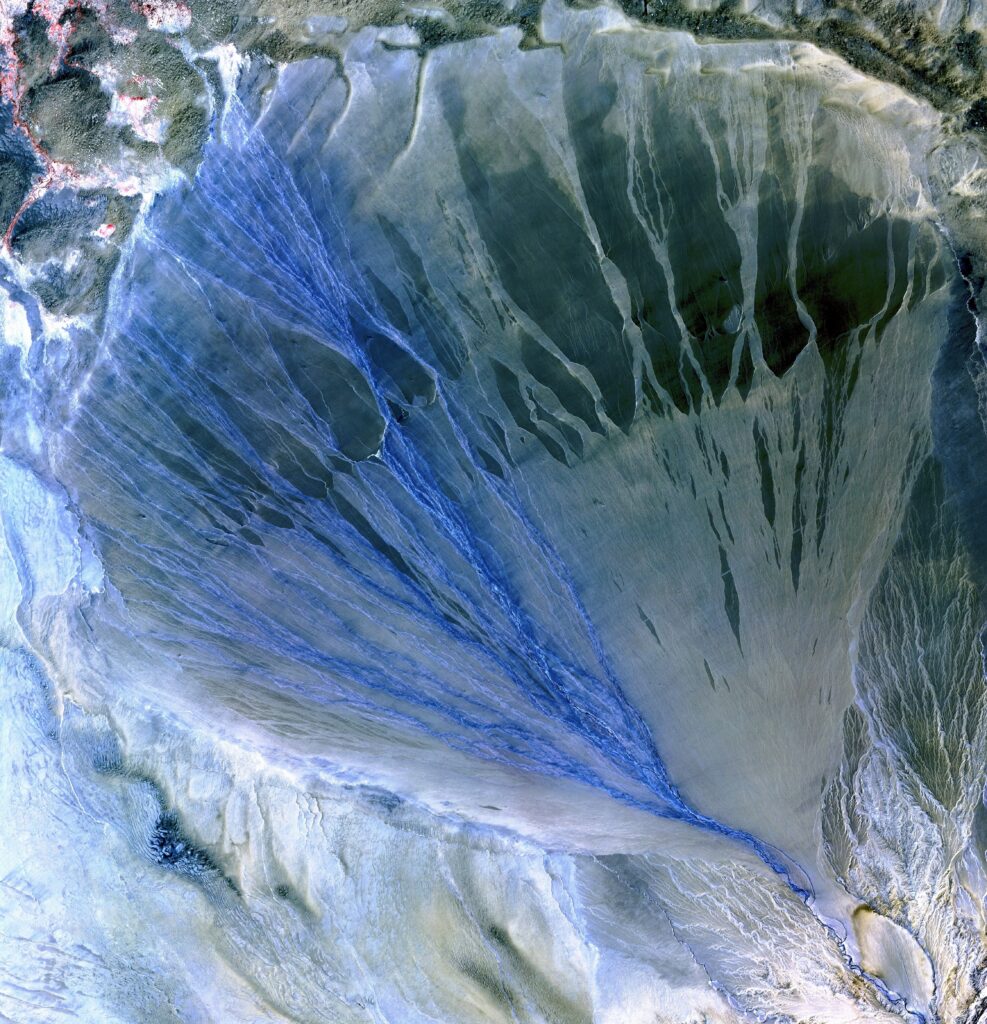 Xinjiang Tianshan, or the eastern portion of the Tianshan mountain range, comprises four components – Tomur, Kalajun-Kuerdening, Bayanbulak and Bogda. Xinjiang Tianshan presents unique physical geographic features and scenically beautiful areas – from red bed canyons to glacier-capped peaks, from undisturbed forests and meadows to clear rivers and lakes. These landscapes contrast with the vast adjacent desert landscapes, creating a striking visual contrast between hot and cold environments, dry and wet, desolate and luxuriant, majestic and delicate. The landforms and ecosystems of the site have been preserved since the Pliocene epoch and present an outstanding example of ongoing biological and ecological evolutionary processes in a temperate arid zone. Altitudinal vegetation distributions, significant differences between north and south slopes, and diversity of flora, all illustrate the biological and ecological evolution of the Pamir-Tian Shan Highlands. Xinjiang Tianshan has outstanding biodiversity and is an important habitat for relic species, numerous rare and endangered species as well as endemic species.

Xinjiang enjoys a profound historical and cultural heritage. A significant number of ancient cities, cultural sites, tombs, grotto temples and other cultural landscapes are distributed along the three major routes of the Silk Road in the north, south and center. In 1900, Swedish explorer Sven Hedin discovered the ancient city of Loulan in Lop Nur, Xinjiang; in 1934, Swedish archaeologist Folke Bergman discovered the Xiaohe Cemetery near Loulan, adding an important chapter in modern archaeological history. 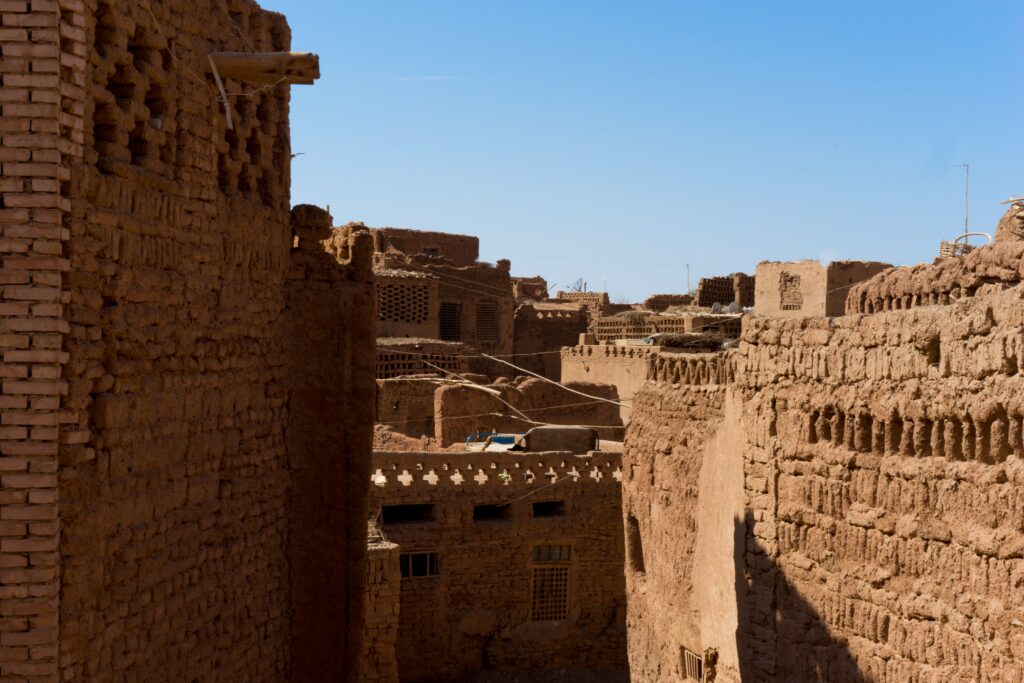 The Silk Road contributed to the development of many of the world’s great civilizations. In 2014, ”Silk Roads: the Routes Network of Chang’an-Tianshan Corridor” applied by China, Kazakhstan and Kyrgyzstan was inscribed on the World Heritage List. This property is a 5,000 km section of the extensive Silk Roads network, stretching from Chang’an (present-day Xi’an) and Luoyang, the central capital of China in the Han and Tang dynasties, to the Zhetysu region of Central Asia. It took shape between the 2nd century BC and 1st century AD and remained in use until the 16th century, linking multiple civilizations and facilitating far-reaching exchanges of activities in trade, religious beliefs, scientific knowledge, technological innovation, cultural practices and the arts between various cultural regions, especially the nomadic steppe and settled agrarian/oasis/pastoral civilizations on the Eurasian continent. Thirty-three sites along the corridor include capital cities and palace complexes of various empires and Khan kingdoms, trading settlements, Buddhist cave temples, ancient paths, posthouses, passes, beacon towers, sections of the Great Wall, fortifications, tombs and religious buildings. Six sites are located in Xinjiang, including Beshbalik City Ruins, Jiaohe Ruins, Gaochang Ruins, Subash Buddhist Temple Ruins, Kizil Caves and Kizil Kagha Beacon Tower.

Xinjiang is rich in ethnic culture with diverse ethnic groups featureing different customs, arts, sports, costumes, cuisines, etc. Xinjiang is known as the ”land of singing and dancing” where Sanam and Dolan dances of  the Uyghur, Eagle dance of the Tajik, Sauurdin dance of the Mongolian and a variety of folk dances bloom. 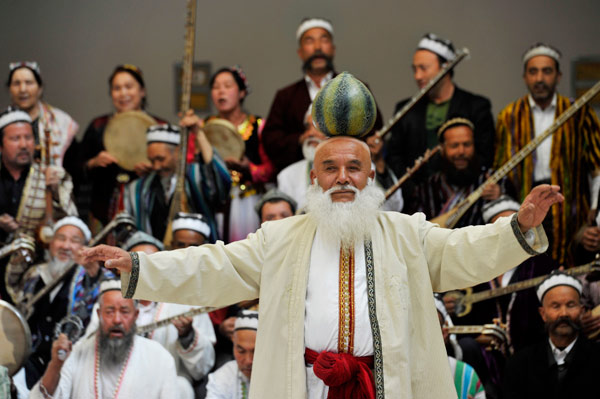 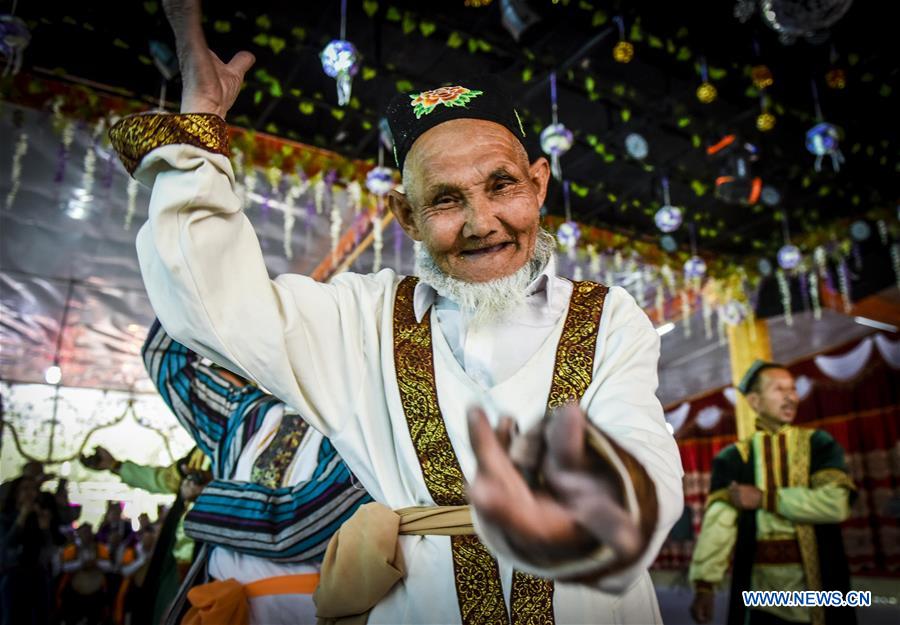 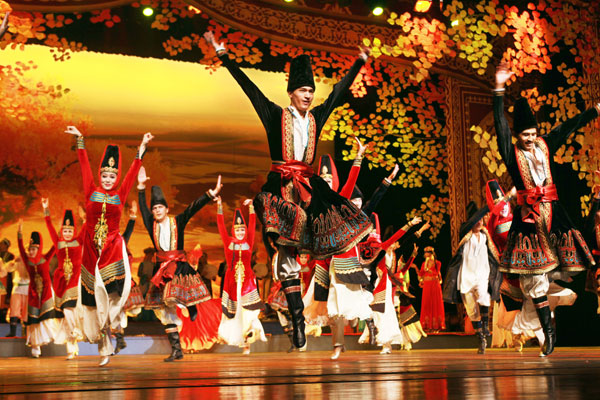