Dongzhi (Winter Solstice) begins from December 21, or the seventh of the eleventh month of Chinese lunar calendar this year. It marks the longest night in the northern hemisphere, as well as the beginning of a new cycle as the day will be longer afterwards. In the Zhou and Qin dynasties, Dongzhi was the beginning of the new year. It is not only one of the 24 solar terms, but also an important traditional festival in China. Up to now, there is still the saying that ”Winter Solstice is as significant as the Spring Festival”. Sweden also celebrates a series of important traditional festivals around Dongzhi, including St. Lucia’s Day (December 13) and Christmas (December 24, but in other parts of the Christian world the 25 is the most important). Advent stars appear in the windows of every Swedish family to illuminate the long winter nights and the festive season. From saffron bun, gingerbread biscuit, glögg, to Christmas ham, herring, lutfisk, meatballs…… Smörgåsbord of various traditional Christmas dishes is to be shared with families and to wish for the pandemic to be overcome soon. 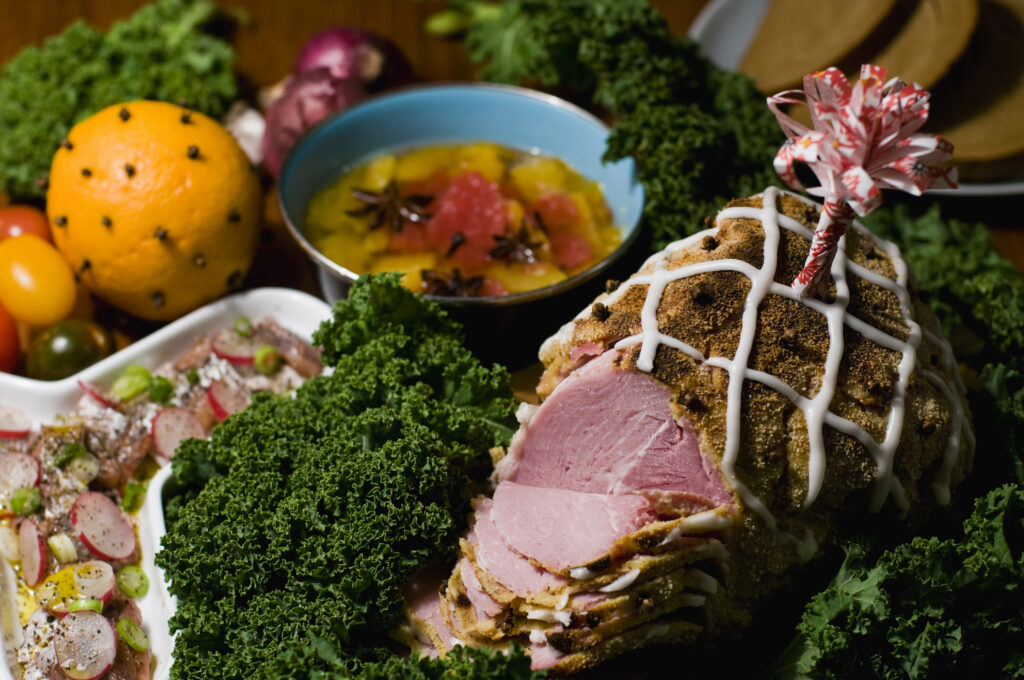 The Rites of Zhou recorded that ”sacrificial ceremonies are held during Dongzhi to the heaven, the deities, the living and the dead” to wish for the elimination of epidemic diseases, less poor harvest, famine or death. In the Han dynasty, Dongzhi became a winter festival and a holiday to celebrate the winter. During the Tang and Song dynasties, officials could enjoy a seven-day holiday. The rituals of imperial heaven worship led to the emergence of the tradition to hold ancestor worshipping ceremonies among the people, which has been retained in some areas in South China till today.

In ancient times, people measured the coming and going of the coldest days in the year by dividing the time into nine periods (with nine days each) from the first Ren (the ninth of the Heavenly Stems) day after Dongzhi. Later on, the beginning shifted to the very day of Dongzhi. In the Ming dynasty, a game was invented to pass the nine periods. One way is to draw a painting of nine nine-petal plum blossoms; or to write a work of calligraphy with nine nine-stroke words, one of the common choices meaning that ”Be well, the willow in front of the pavilion, awaits the spring breeze.” Each petal or stroke is to be colored every day, and the spring arrives when all is complete.

In southern China, people eat tangyuan (glutinous rice ball) and rice or porridge with red bean during Dongzhi, as it is believed that red beans can ward off evil spirits and prevent disasters and diseases; in the north, people eat dumplings, which is said to commemorate Zhang Zhongjing, one of the most eminent Chinese physicians who cured people’s frostbitten ears with dumpling soup.

Speaking of dumplings, the dumpling feast in Xi’an must be mentioned. From ingredient, cooking method to taste and shape, creativity and uniqueness can be seen everywhere. Dongzhi is the perfect time to go to Xi’an to enjoy dumpling feast and savour the charm of this ancient capital of Qin and Han dynasties.